Design a site like this with WordPress.com
Get started

You would be proven lazy if you believe in pairing the men’s ripped jeans with just a normal casual t-shirt. There is a lot more that ripped jeans can offer in creating sassy looks. Ditch the regular t-shirts to make the ripped denim talk like never before. It is seen that not everyone is easy and comfortable in carrying ripped jeans but hey, there could be so many scruffy ways to do so. Also, it is kind of an infamous attire which doesn’t go well at every occasion. Like it will give you the personality of rugged and raw men. But then you always like wearing one of them? So there are simple hacks to make it a mixture of subtlety as well as edgy. And you don’t have to be an artist or a rock-star to pull this look. You can do so being who you are. Let’s see how to extend your personality with Ripped Jeans:

Blue ripped jeans for men would find its way to everyone hearts but the idea is to not get it wrong. How to wear it right is the game? Ripped jeans go well with a black and white combination. Throw up a V-neck t-shirt and a black jacket along with white sneakers. Because the men’s ripped jeans itself could be loud at times therefore, it makes sense to keep the colors traditional. The other reason is that these three colors would match everyone’s skin tone, makes a great team and would always compliment the natural looks.

#2 Keeping it Calm with a White Shirt

The best friend of men’s Ripped jeans is a White T-shirt under any circumstances. This one combo is for them who don’t want to put much effort into getting ready but yet would want to look good. Lesser is your outfit loud, more the smartness and so are the appreciations. Club the look with a white cap and white sneakers. Get your sports to watch on your wrist to tame the time. This outfit is sure to be killing where ever you step in.

#3 Hoodie for the teenager in you

Enjoy the young charm that a teen would have. Ripped jeans and a hoodie duo all about a college-going teenager looks. And why not? At times its good to be back to college feels. It is smart and dashing, and on the other hand, it doesn’t take an ounce of your energy. Also, add some color to the looks if the vibes call for it. With black ripped jean, pull up a dull yellow or burnt orange! The combo is not loud but still colorful. Or just enjoy the basics of black and white!

Wondering if at all branded ripped jeans would make any sense during the winters? Well, then reassure they are awesome in all seasons. Team it up with Plaid Shirts – maroon and black, blue and black, black and white, green and black and more. They come in varieties of colors which look great when worn with black ripped jean. So much so that you can rock a semi-formal party too. Just add a layer of a woolen jacket or a solid colored cardigan. If the temperature is not too chilly then wear a t-shirt underneath the plaid shirt.

Let’s make the ripped jean Friday worthy! Got a plan after office in winters? Throw up a long black and white winter textured overcoat made of tweed with a blue ripped jean. Let a semi-formal white shirt play the role to make the attire look like a semi-formal suitable for Fridays while you plan your evenings. Such ensembles are classy and yet edgy.

Well, there could be numerous ways to smart out others in wearing jeans but the idea is to keep it like you as well as creating different looks for you. Men’s ripped jeans should be approved the overall looks of yours. The fashion game is on point with not only wearing a smart ripped jean but how your personality comes out. For which, you need to have pairs of ripped denim in your wardrobe at least the basics- black and blue. Dig out some fashionable one’s for you from the best of brands – Mufti Jeans.

This site uses Akismet to reduce spam. Learn how your comment data is processed. 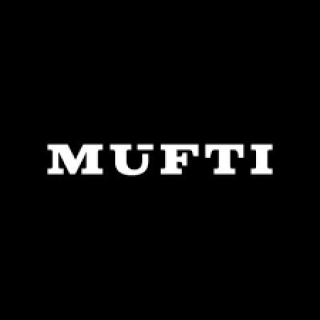 Mufti Jeans is one of the most popular brand for men's fashion. Mufti is one of the leading brand with a wide range of product categories that includes shirts, Jeans, T-shirt & footwear as well.

Landmark – Next to MIDC Police Station